Currently based in Derry, alternative punk three piece, Lost Avenue have delighted fans with the release of their brand new E. P ‘Best Friends’.   Following the success of earlier releases such as ‘Killing Time/Sudden Death’ the trio garnered extensive admiration from Hot Press and Louder than War. Famed for their energetic live performance the band has certainly earned their reputation as a force of nature both on and off stage. Despite it being a while since they have thrilled us with new material, the four track E.P ‘Best Friends’ has certainly been worth the wait. 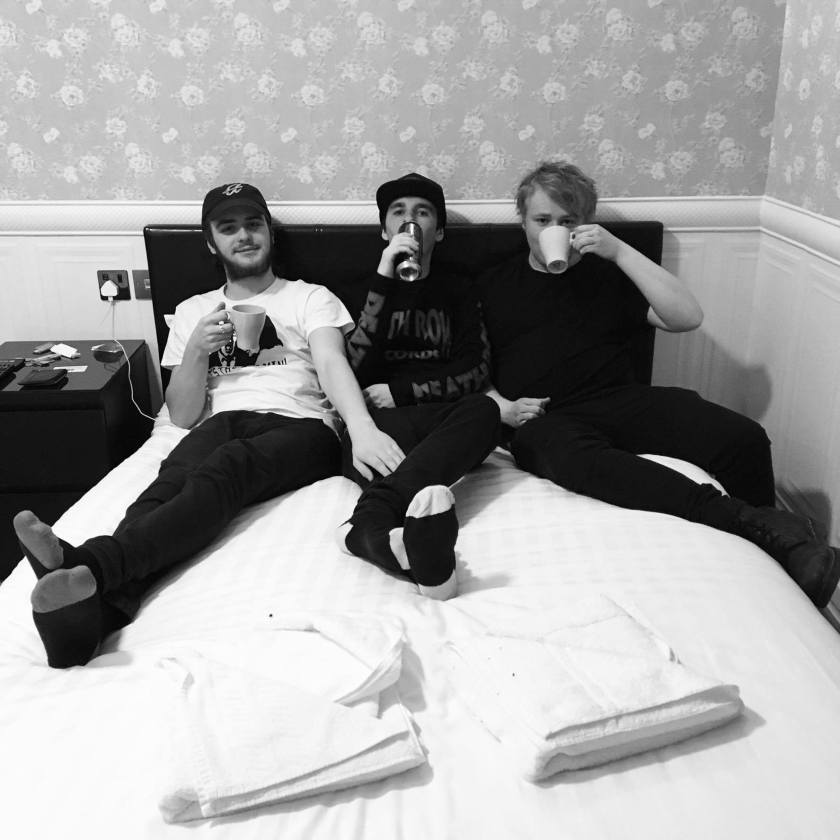 Originally forming in 2010, Lost Avenue have firmly established their presence in the local music scene over the past few years. Their last release ‘Killing Time/Sudden Death’ received considerable attention with its premier being played on the Huw Stephens show by BBC Radio One, Phil Taggart.  Supporting the likes of Canadian legends D.O.A, as well as Billy Liar, Carnivores and Goons, the boys have also toured both Ireland and the UK extensively.

Their E.P which opens with ‘Stop it, Jack’ begins with distorted guitar as lead singer Dylan Bradley’s rasping screams are in your face and forceful. There is definitely marked improvement in Bradley’s vocals with his screams being something which he has certainly perfected over the years.  The song then takes an unexpected change in tempo with a more stripped back sound, showing the bands musical maturity after a number of years together. ‘Stop it, Jack’ which was premiered on punknews.org is the perfect introduction to the E.P with a more established sound from the trio.

The second track ‘Embarrassing Myself’ is pure pop-punk with its sugary sweet melody and while not the most exciting song is an example of what Lost Avenue do best as a band. ‘I’m a Vegetarian (I can’t’ eat that) has a fragmented energy to it, building momentum into a vigorous chorus before again taking a sharp change in direction. The infectious nature of this song means that the more you listen to it the more it grows on you making it the highlight of the E.P.

With a clear pop-punk influence throughout the E.P, the band has also manged to bring in a myriad of other influences as well. Bradley’s vocals are raw, moving effortlessly from screaming to clean singing and are perfectly exhibited on the songs throughout. Finishing off with their title track ‘Best Friends’ the boys have managed to neatly package young adult anguish into this four song E.P. While maybe not as heavy as the others the track still possesses pulsating drums from Michael Brown and is certainly a high point.

Despite being so young, the trio have been a constant over the last seven years which is an achievement in itself and a true testament to the relationship they have with one another. The sense of friendship is something that always comes across very strong with these boys, both live on stage and in their recordings. Currently in the midst of a substantial UK and Irish Tour the boys have been extremely busy performing their new E.P to fans. ‘Best Friends’ was officially released through Rusty Records on April 15th, 2017.

‘Best Friends’ is available through https://rustysrekords.bandcamp.com/album/best-friends

Contributor of BBC Across the Line